*** WARNING *** DO NOT PLAY THIS GAME IF YOU ARE PHOTOSENSITIVE

Ent is inspired by strategy / life-sim games like Populous and Settlers, with roguelike influences. It is designed to be a relaxed experience, akin to owning an ant-farm. Guide your followers to explore an endless procedurally-generated world.

If you're interested in the procedural generation methods used in Ent, check out my other project, the Level Generator Toolkit for Construct 2.

I find current way of moving around with mouse extremely inconvenient and completely unlike how most of other games handle that task.

4 years later and the white screen flashes during a lightning strike still makes this game unplayable. (See dev response below)

It's not that I don't care - it's that I no longer have the source for this jam game that I made in a week nearly 5 years ago. I reduced the flashes in line with previous suggestions when I still had the source, and I will update the description now with further warnings for photosensitive people - but other than pull it down altogether I can't really do anything else :/

Ah, my bad then. Would it be possible to just start the coding over again on a fresh iteration of the game?

Possible, yes - and although I haven't considered it seriously I have always thought this little project deserves a sequel, or a remake. But I'm a hobbyist/jammer mostly, so I wouldn't necessarily start holding your breath just yet.

technically you could decompile it to mod it but that's probably too much of a hassle for this.

this game needs an epilepsy warning... god my eyes are getting cataracts from all the flashing...

This game is great, but it severely slows down once you summon enough followers, and I'm seeing huge spikes in memory usage. I'd love to continue playing, and I realize this was made for a 3-year-old jam, but I really can't unless it's optimized :(

Is there a chance that you can make it full screen and on Steam with achievements?

please, make a slider to turn off the flashes for the lightening storm, it was fine at first but it could cause someone with epilepsy to... well you know. and it kinda give you a headache after a while.

I know that making more followers makes more souls, and I use souls to make followers...

But why? And what do I do aside from that?

Still working those bits out - the jam is still in progress! Bear in mind the jam is to make 'clicker' games; "video games whose gameplay consists of the player performing simple actions (such as clicking on the screen) repeatedly to gain currency" [Wikipedia].

The core idea is simply to use this mechanic to explore a map on-screen. Aside from creating followers you can also spawn monoliths to draw your followers to new locations. The world is infinite, and tonight's update will bring in some new structures your followers can discover.

I will admit the game lacks direction - but it was conceived as I went along, mostly as an excuse to use technologies (flow fields, entity-component systems, infinite terrain) that I wanted to use but hadn't had a chance to before.

Ahhhh, okay. That makes sense. I'm excited for it to be finished in that case! 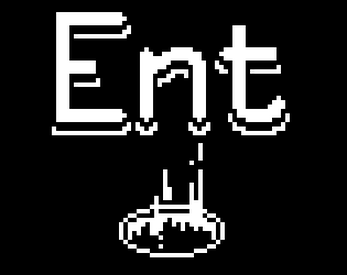